What it takes – a parents perspective 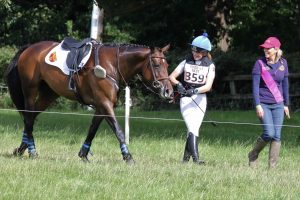 With the BEu100 Championships at Frickley Park now an exciting memory forever etched in the brains of all those young athletes who represented their country, we wanted to find out more about some of the support crew.

The role of supporting Mums and Dads covers everything from groom to mentor to transporter and of course financial support. When we interviewed a selection of the BEu18 Scotland Team it was apparent how they all cited a parent as their biggest supporters.

We were keen to get a parents perspective and so we took a few minutes with super Mum Emma Bryce to find out more.

Please introduce yourself and your daughter

My name is Emma and my daughter is Ellie. Ellie is on the Lindores Equestrian sponsored BEu100 Scotland Team.

Do you come from a horsey-background yourself and has this been a help or a hindrance?

I had a pony when I was younger but my parents weren’t horsey in the slightest. I bred my own foal in 1999 Macrana.

How has riding influenced Ellie as she is growing up?

Ellie has been riding since before she could walk so as a result spends every free moment she has with them. When she fell in love with eventing she took in two liveries to fund it, getting up at 5am every day to ride and muck out before school.

As a parent what have you invested into Ellie achieving her goals?

Mainly time as after buying her first pony she has saved and purchased her subsequent ones.

How did you feel when Ellie got selected for the BEu18 Scottish Team?

Exceptionally proud, she had worked so hard to achieve her goal of representing Scotland and had many setbacks along the way but always picked herself up, dusted herself off and tried again.

As a parent which phase of eventing to you enjoy the most and why?

Cross country I think as it’s wonderful to watch but heart racing at the same time.

Which is your least favourite part?

Dressage as it’s the phase Ellie always feels she could have done better. It’s also the phase I can’t watch!

Since Ellie has been eventing what have you learnt?

To be patient, never give advice to her at an event and how lovely and supportive all the other parents are.

What advice would you give to other parents with a son/daughter interested in taking up eventing more seriously?

Make sure you have an understanding other half as weekends are rarely spent at home!

Does Ellie have any supporters who need a mention?

Two years ago Ellie was approached by Jim Spiers from Advanced Roller  Doors (EK) to be a brand ambassador who has been an amazing support ever since and more recently by A2B Equestrian, who are a riding safety centre, and ensure Ellie is well kitted. 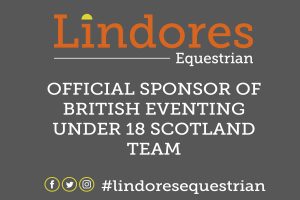 If you haven’t watched our fun video with some of the BEu18 team you can watch it here.

Or if, like many of the BEu18 team you’d like to come and train at Lindores Equestrian you can.

Watch Video Interview with BE u18 Scottish Team Riders 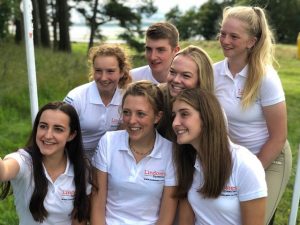