Lindores Cross Country, nominated as Equestrian Business of the Year 2017 by HorseScotland is the location of Scotland’s newest and most iconic Danny MacAskill hay bale cross country fence.

It is a phenomenal and unique horse jump that was inspired by Danny MacAskills hay bale trick from Red Bull’s – ‘Wee Day Out’ filmed at Lindores, Fife. 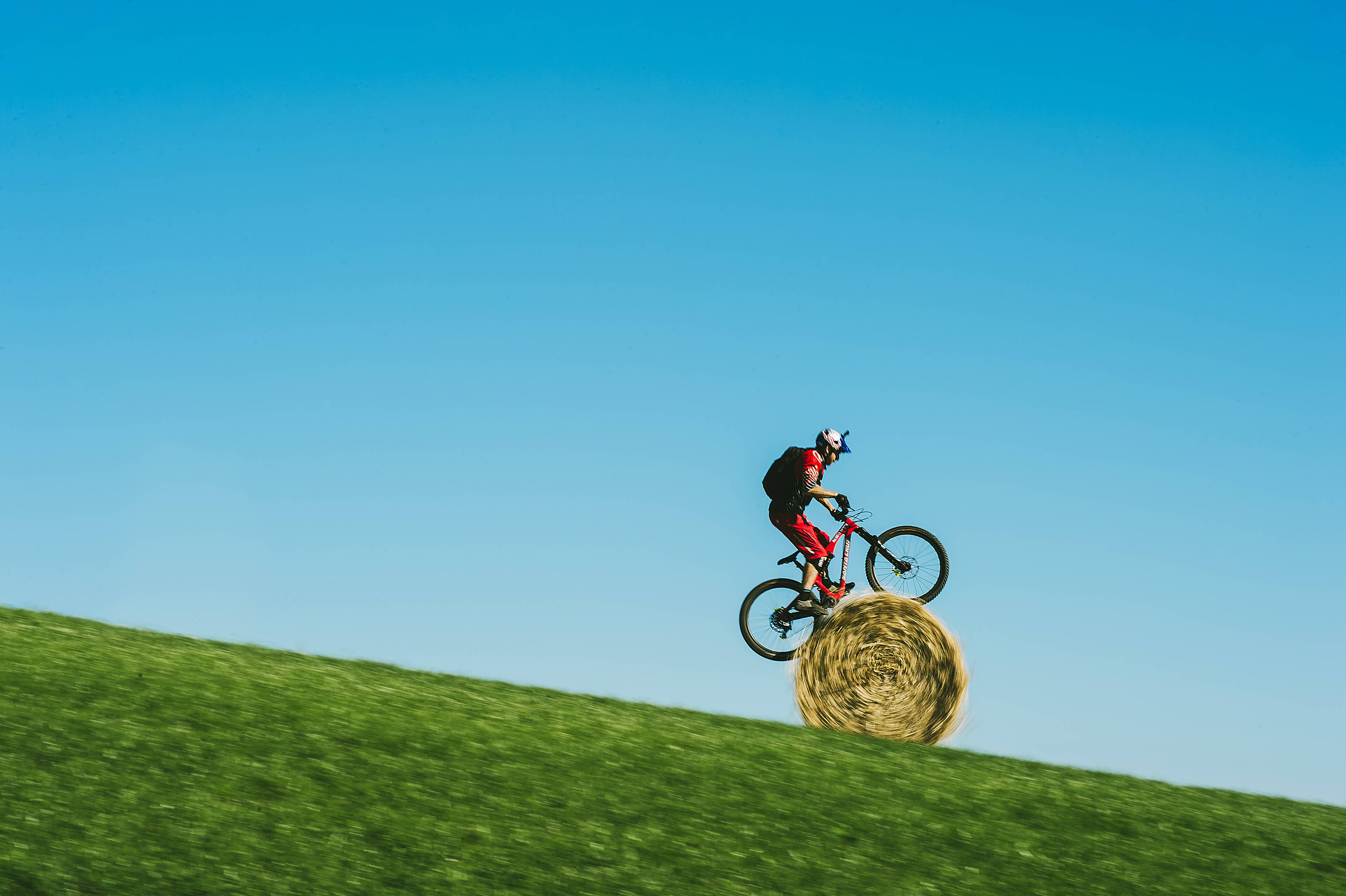 In 2016 the globally recognised mountain biker attempted one of his most creative and hardest stunts ever. Danny cycled down a grass field, caught up with a rolling bale, mounted and dismounted it on his bike all while the bale was still gaining momentum rolling down the hill. The extremely dangerous and brave the stunt was branded ‘The hay bale‘ and has had over 7m hits online.

Anna Black who manages Lindores Cross Country where the filming took place was incredibly inspired by Danny’s 3 days of persistence, skill, and creativity. Anna regularly see’s such qualities in the horse riders that camp, train and holiday at Lindores. Danny however has taken his determination to another level – he would never give up until he got the stunt he so desperately visualised.

Lindores Cross Country now have a horse jump to remind all sportspersons that when you put your mind to a challenge anything is possible.

The creator behind this iconic horse jump is British Eventing Course Builder David Wilson. David designed and built the phenomenal 6metre high structure. It is a double sided palisade jump with keyhole which allows horses to jump the fence in both directions. The jump is 60cm downhill and 95cm uphill. At 3m width it makes it suitable for most levels of riders.

The ring of wood that creates the surround is made up from 72 pieces of 200mm x 45mm, these are cut at 7.5 degrees on either end. They were then glued and screwed, half lapping the 3 layers to create a strong laminating effect. It had to be left in 2 parts for transport and handling reasons.

The base sits on recycled telegraph poles, which have been treated with creosote which will help to protect against the wood rotting in the future.  The rest of the frame is for solid stability to hold the large 4m circle.

The bike and rider are also made from wood and painted to recreate the effect of the original picture.

Once on site the 2 parts of the circle could be reunited.  The completed jump was then dug into the hill side to leave it standing level, and fixed to the ground, thus it is ready to jump.

On the 8th of March Danny MacAskill and one of Scotlands top eventing riders Louisa Milne Home will officially open the fence and spend the day filming stunts over many of the 125 British Eventing standard fences and water complex at Lindores Cross Country. Louisa has been training at Lindores since it opened in 1989 and her training has been key to her success. Louisa has been long listed for the British Europeans.  She and her horse King Eider were one of only 6 horses that completed Badminton and Burghley in 2014 and the aforementioned famous horse King Eider who started learning cross country at Lindores is aiming for Badminton again this year.

During the filming on the 8th March – Danny isn’t getting an easy ride he will be challenged to ride Scotland’s first pace and fitness training facility which has been designed to aid horses for events but we’ll soon see if Danny can keep the pace of a horse!

At the end of the day Danny will replicate the experience the horse riders get – and he will stay in luxurious Lindores Lodge for a well deserved soak in the hot tub!

We look forward to releasing the footage which is sure to be entertaining!